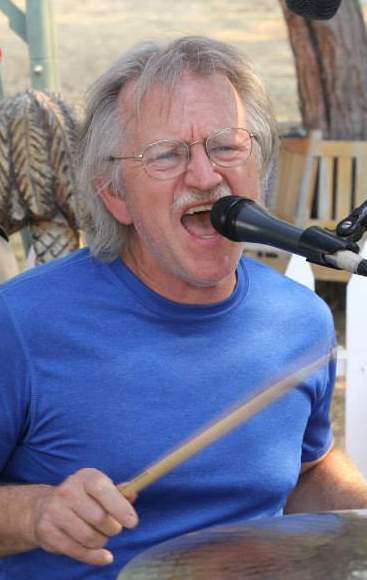 Scott Vonheim's masterful drumming and joyful spirit have been at the center of the newest version of the Poyntlyss Sistars. Scott's vocals are extremely popular with the group's fans and his ability to sing everything from "oldies to eighties" is astonishing.

Scott started his love affair with music at an early age. He used to keep his mother's transistor radio underneath his pillow and fall asleep listening to all the cool songs of the day. He joined the marching band in junior high, as well as the jazz band his last year of high school, when he taught himself how to play the drum set. During college, Scott played with various local bands in and around Sonoma County, which also included a brief tour of some of the western states with a Top 40 band called Surge. Dozens of bands and thousands of gigs later, he's now part of the Poyntlyss Sistars family where his years of varied playing experience helps to drive the musical talent of one of Sonoma County's most popular bands.