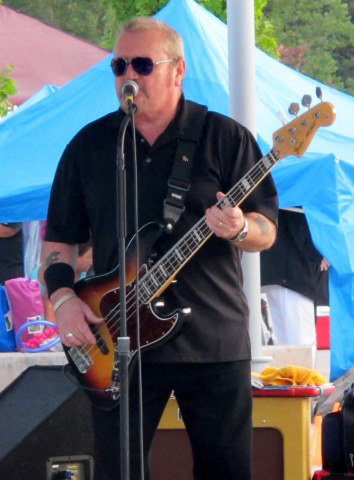 Taz Hollingsworth's fat tone, economical playing and soulful bass style have become the bedrock of the band's rock and soul music. His lead vocal on "Pushing Too Hard" has become a fan favorite - it's a phenomenon we like to call "Tazmania!"

In the early 60's, inspired by his two older brothers, Taz signed on as the rhythm guitarist in their group The Galaxies. During his two tours in Viet Nam, Taz picked up the bass and played in a country band. Formally the bassist for ten years with Johnny B and the Stingers, Taz says he feels well-grounded as the other half of the rhythm section with the Poyntlyss Sistars and looks forward to playing music with them for many years to come.